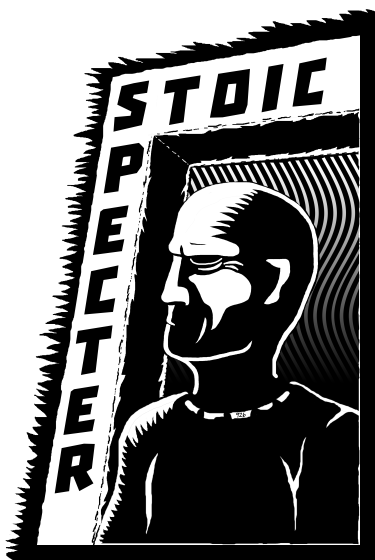 If you were to look at the games industry today, you would imagine that the future for our medium looked like loot boxes, games as a service, battle royale multiplayer games, and that single-player and games with a strong narrative, were dead. Though the large industry players may see it this way, with the large revenues online games can generate, Stoic Specter does not believe single-player is dead. Far from it!

The market for these games has not died or radically shrunk, rather multiplayer has rapidly grown with an influx of new gamers. There is an audience hungry for single-player content that indies can now competitively cater for. That is the Stoic Specter mission, to cater for this market by developing single-player games inspired by 90s gaming. When games pushed boundaries, but never lost sight of the importance of gameplay.

Who is Stoic Specter?

Stoic Specter was established in 2018 by Ivan Beram, who has over a decade and a half of game development experience including design credits on commercial AAA titles like Far Cry. Ivan has most recently left a 3 year stint as a games lecturer and facilitator for simulated studio units at SAE Creative Media Institute Sydney, but prior to this he has secured funding for and worked on indie game projects, as well as, actively developed skills via coding and modding projects. He has multiple qualifications, including in both programming and 3D modelling, and, holds a Master of Arts by Research. To this day he still undertakes research into game development, and has spoken at conferences on game design and development.

Greater than the sum of its parts...

Being an indie is not as easy as it once was and going it alone is not a valid option for most. Community and collaboration is key.